\ News \ Playing the Game of Chicken in Workers’ Comp

The price that grocery stores pay for chicken is based on a particular index. This Washington Post article reveals how our entire nation agrees to pay the price of chicken based on this index. The newsworthy claim of the article is that if we really look at the open market, the stores are paying a price for chicken that is completely arbitrary, rather than the correct or natural price of chicken.

This is problematic not only for the consumer but for the industry as a whole.

As fascinating as this is, why are we discussing this on our workers’ compensation blog? What are the implications of this concept for work comp in California? Read on to find out. 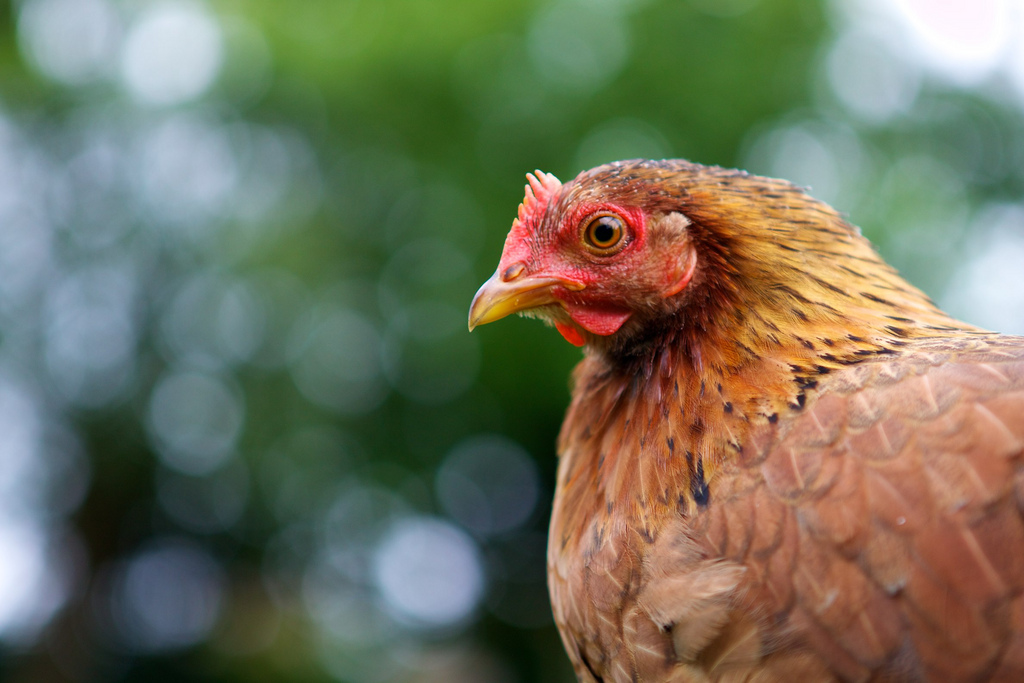 “Chicken” by Thomas Vlerick is licensed under CC BY 2.0

How are Injuries Supposed to be Priced?

Let’s step back and take a look into the California work comp industry as a whole—specifically how we decide the pricing of work comp injuries.

Currently, when someone gets hurt on the job, they go to a doctor’s office, they get their treatment, and then when they become maximally medically improved or MMI, that injury needs to be “priced”—assigned a monetary value—using the American Medical Association Guides to Impairment Rating, 5th edition.

Now that’s a very complicated document; it’s very much like a tax return on an injury. As a physician pricing the injury, you need to know all the measurements, they need to be calculated properly, they need to be combined properly, and then ultimately brought to a single value of what’s called a whole person impairment—a value between 0% and 100% that describes the degree to which the patient is functionally impaired.

How are Injuries Actually Priced?

Many providers are not intimately familiar with the process of calculating this value, and they tend to operate from a very small portion of the information inside the AMA Guides.

Often, it requires too much work, knowledge, and detail to get the actual value of the injury to the stakeholders.

Corners start to get cut, guesses start getting made, and pretty soon, providers are giving numbers to the stakeholders that may or may not be an accurate reflection of the injury. That means that injuries are being priced inaccurately.

On a wide scale, this is a pretty big deal, but it often goes unnoticed. Employers, injured workers, insurance companies, often don’t really know the quality of the impairment ratings for their work injury claims.

In the midst of that uncertainty, stakeholders can get into a mindset where they believe that a particular injury has to have a certain value. For example, if a claims adjusters at an insurance carrier is accustomed to seeing shoulder strain injuries that have an impairment value of between 5% and 10%, then anything that falls out of that range will seem completely wrong, and they’ll want a second opinion. As a consequence, the case often gets litigated—and more expensive.

Basically, people start to act as if there were a standardized price index for work injuries, when the reality is that each unique work injury needs to be measured, data needs to be gathered, and the price needs to be calculated rather than “eyeballed.”

The main issue is that measurements are being estimated, and incorrect impairment ratings are being accepted. Providers can get away with estimating measurements because very few people involved in an injury claim know what a complete data set looks like, so nobody is in a position to call out a set of measurements for being incomplete.

For example, if a medical provider eyeballs a shoulder’s range of motion at 30 degrees—as opposed to actually getting the goniometer, putting the tool on the patient’s back, and measuring—then the difference between the guessed measurement and the actual measurement could mean thousands of dollars for the stakeholders.

Likewise, it’s easy for insurance carriers to accept an incorrect impairment rating—as long as that rating falls within some vaguely defined acceptable range.

This bring us back to the chicken index. The truth is that we are paying prices on things that we can know the real price of, but we are either looking the other way because we don’t want to know, or it’s just too much work to find out what the real price is.

As people involved in workers’ compensation, we should be using the actual rules that have provided for us and applying them in a systematic way to ensure that injured workers get a fair impairment rating.

RateFast was created exactly for this reason. When you have a tool that is transparent about the pricing, the data collection, and the conclusion, then suddenly we’re working in a collaborative environment that’s all about education, and helping others get those measurements that are accurate and complete for the rating, as opposed to fighting about the claim.

It’s not just theory, it’s really what happens when people start reading and writing reports using the RateFast platform. So we’re really excited about it, not only because we developed it, but because we have seen injured workers, providers, attorneys and adjusters that are now having access to much more accurate reports. And reports that are reflective, conclusive, and unique to the injured workers, and not just a standardized value which is how most of the pricing on work comp injuries has been, and still is in California.