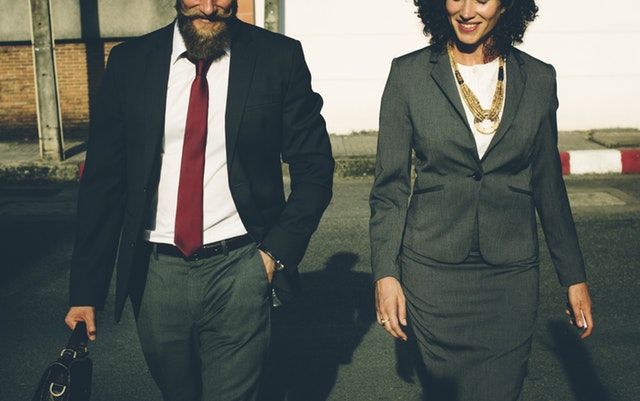 A lawsuit filed in July of 2016 argues that female workers receive fewer benefits than males in the California workers’ compensation system. According to this USA Today article, the lawsuit makes a case that women are systematically prevented from receiving full benefits for two primary reasons:

Although we don’t know the full details of the lawsuit, the news coverage about the case raise some important questions that everybody involved in workers’ compensation should understand.

In this article, we’re going to take a close look at how apportionment, functional loss, and gender can impact an injured worker’s disability rating and benefits.

How can a woman undergo a mastectomy and not receive workers’ compensation benefits?

This article on CourthouseNews.com writes:

Two plaintiffs — Janice Page and Doreen Hansen — worked many years as law enforcement officers. Both had mastectomies to treat breast cancer caused, they say, by toxic chemicals to which they were exposed on the job.

But following the AMA guidelines, their qualified medical examiners gave each of them permanent disability ratings of zero percent: “no long-term physical loss or impact on future earning capacity,” according to the lawsuit.

The 0% disability rating that these workers’ received results from how the AMA Guides evaluates a worker’s loss of functionality at work and in their daily life. If a work injury causes an employee to lose functionality then the worker will (probably) receive workers’ compensation benefits. But, according to the article, the AMA Guides “give no impairment rating to women who undergo a mastectomy past childbearing age even if they were found to have breast cancer because of work conditions.”

This is how the plaintiffs underwent a surgery and experienced “profound physical, psychological, and emotional consequences” due to a medical condition that was caused by their employment (according to their medical examiners), and yet received a 0% disability rating.

The process of determining how much of an injury was caused by work is called apportionment. Apportionment protects an insurance carrier from being 100% responsible for a medical condition that wasn’t fully caused by the employee’s job.

Here’s a simple example: imagine that somebody has a severe case of carpal tunnel syndrome, and then gets hired at a new job. Then, after a year, the condition worsens. In this scenario, the carpal tunnel syndrome can be deemed to be a pre-existing condition, which is then aggravated by work. Therefore, according to the work comp system, the employer’s insurance carrier is only responsible for the portion of the carpal tunnel that was caused by the job.

It’s easy to see why there’s room for debate. The purpose of apportionment aims to resolve that conflict in a way that makes sense. But, like all aspects of work comp, apportionment can be performed based on estimates, or it can be done using a consistent method and based on scientific data. (You can guess which method has an easier time holding up in court.)

How can belonging to a demographic—such as gender—impact a worker’s benefits?

In the lawsuit,  the medical examiner reduced one of the plaintiff’s compensation for her carpal tunnel syndrome because the condition is common among women her age.

Lead plaintiff Leticia Gonzalez developed severe carpal tunnel syndrome from 17 years working at a computer terminal for a telecommunications company. When she applied for benefits, the QME found that her condition “is almost ubiquitous in the female population in her age demographic” and recommended cutting her benefits by 20 percent.

If a medical examiner can demonstrate that a worker would have developed a medical condition even if she had not been employed at her particular job, then, according to the California workers’ compensation system, it makes sense to reduce their employer’s liability for that injury.

In this case, the examiner used her gender and her age as a basis for claiming she would have very likely developed carpal tunnel syndrome ‘no matter what,’ even if she had not been employed at that particular job. When the medical examiner apportioned 20% of the worker’s disability to her demographic, the examiner must have referenced scientific literature demonstrating that carpal tunnel syndrome correlates with gender and age.

Of course, an apportionment determination is only as strong as the science it’s based upon. It’s perfectly possible that the current studies that seem to prove a cause/effect relationship between the genetic condition of being female and carpal tunnel syndrome are founded on an incorrect premise. It all hinges on the questions of “What does the science say?” and “How strong is that science?”

According to statistics on Repetitive-Strain.com,

While women account for about 45% of all workers, they experience nearly two-thirds of all work-related Repetitive Strain Injuries

…more than 50% of all food cashiers, (jobs predominantly held by women), suffered some degree of carpal tunnel syndrome and other forms of repetitive strain injuries.

If women tend to do jobs that cause repetitive strain injuries, then the higher incidence of carpal tunnel syndrome among women isn’t necessarily caused by genetics—it may be caused by social factors.

Whether women experience a greater incidence of carpal tunnel syndrome or repetitive strain injuries due to genetics or social factors is a question for science, and its relevance to workers’ compensation is a question for the courtroom. In the meantime, diligent medical examiners will base their apportionment decisions on the strongest, most recent, and most relevant science available.

As we can see, even if an impairment rating and apportionment are determined correctly we may not like the results. In some cases, the correct outcome might even seem to defy common sense. Determining an impairment rating according to the AMA Guides is a technical, medical-legal question, whereas determining the social justice of the Guides themselves may be more of a political question. That being said, the technical question and the political question are closely linked. We must understand how the current system is supposed to work according to its own rules before we can improve the system.