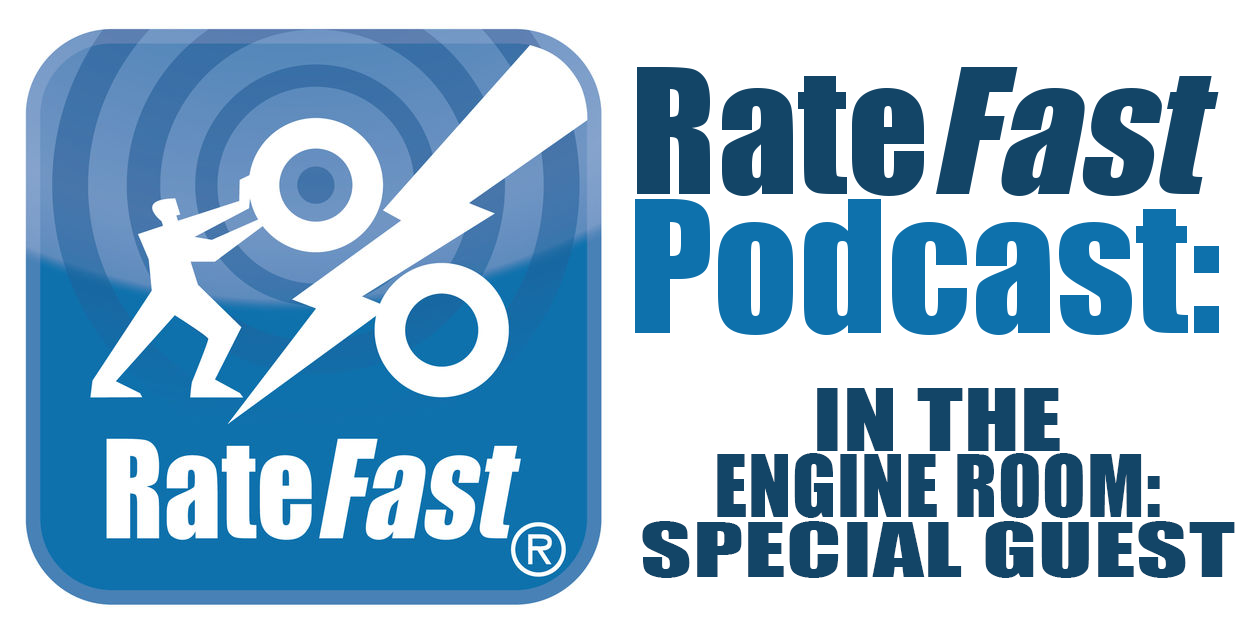 This article is a transcription of an episode of the RateFast podcast, which you can listen to by searching “RateFast” in iTunes or the iOS podcast store.

Who says you’ll never use the major you graduated with? Application developers like Marten Thompson bring their skills to the table to keep the RateFast service up and running. One of those skills involves a great deal of math.

Thompson uses his Math and Physics degree from Hamline to work with statistical models and standard deviation within the RateFast framework. Thanks to his hard work and that of his colleagues, we can all continue to use RateFast to make impairment ratings fast and easy.

Normal distribution (noun) – a function that represents the distribution of many random variables as a symmetrical bell-shaped graph.

Six Sigma (noun) – a set of management techniques intended to improve business processes by greatly reducing the probability that an error or defect will occur.

Injury map (noun) –  a personalized treatment plan created based on objective data about an injury.

AMA Guides (noun) – a book divided into several editions that is used in most states to measure permanent impairment as a result of injuries in workers’ compensation.

Claire Williams: Hello, and welcome to the California Workers’ Compensation Report. Today is January 8th, and I’m here with Marten Thompson. Marten, can you give us a background on yourself and your professional interests, and maybe how you got involved with RateFast?

Marten Thompson: Sure, thanks Claire. Um, so I’m Marten Thompson. By day I am an app developer in St. Paul, Minnesota, and by night, I sleep.

Marten Thompson: No, by night, I do some work with RateFast. It started back when I was at Hamline University, where I got a Math and Physics degree, so through Professor Jerry Artz, who we will hear a lot about, I had an internship with RateFast probably two years ago, and I guess I’ve just kind of hung around ever since. Jerry Artz is definitely the big guns intellectually at RateFast, he’s the one at national conferences, I’m more of like the side project guns. And that’s why you get me today, not him.

Claire Williams: Wonderful. Well, thanks for joining us.

Claire Williams: I think your official title now is Statistical Researcher. Is that correct?

Marten Thompson: Yeah, so a lot of the AMA Guides, which RateFast deals extensively with, appeal to certain statistical models and assumptions, and so I’m somewhat responsible for incorporating those in our inventions.

Claire Williams: Okay, so we’re kind of moving into the world of math now. And so will you talk me and our listeners through the basics, kind of, what’s the mean, a standard deviation, what are we working with here?

Marten Thompson: Sure, so a normal distribution or a Gaussian distribution or a bell curve, that comes up a lot with measurements in the medical field, and just as sort of a mathematical background, which I’m sure is a detour everyone’s happy to go on, —

Marten Thompson: –the normal distribution is just like this uncannily common distribution of data. There’s something called the central limit theorem, which says that any, given certain limitations, any sampling of data you get from a random process, those data points will align themselves in something that will tend towards this normal distribution or that nice, symmetrical bell curve. And so, from that, it becomes useful all the way from physicists to social scientists to explain human behavior, and in our case, to describe certain medical measurements, like blood levels and those sort of measurements. And so the shape of the bell curve is determined, in part, by the mean, which is just the peak in the middle, and the standard deviation, which is a measurement of how wide it is, so a really large sigma, or standard deviation value, would have your data be very spread out, and a very tight standard deviation would have a nice grouping of data around one central peak.

Claire Williams: Mhm. And what about this term, Six Sigma?

Marten Thompson: Right, so that was coined back in the 70’s to describe the results of like, manufacturing processes, so if you have, if you’re making something, and you want it to be a certain dimension, you’re gonna have some variation in your actual product that comes off the conveyor belt at the end of the assembly line, and Six Sigma is the standard for how much variation you’re going to allow in your product. And it’s seen as like the gold standard, things like space ships and jets adhere to the Six Sigma standard, something like a desk lamp isn’t going to, but it allows, in its most perfect form, a perfectly Six Sigma process would allow something like one error out of every 500 million iterations of your product. So it’s the gold standard of manufacturing.

Claire Williams: So, I’m going to try to take that gold standard and relate it back to workers’ compensation data. So let’s say I’m a stakeholder, and an injured worker has a diabetic A1C test of 7.2. And the range is 4 – 6 percent. What does Sigma analysis tell us about mapping this individual’s underlying diabetic contribution to his industrial injury?

Marten Thompson: Sure, so with an appeal to Six Sigma and a little bit of the AMA Guides, we’re able to take that 7.2 value and classify it as a score of severe or very impaired, which is a little bit better than the current AMA Guides allow for, and now we have bracketed our value for further modeling, and we can use that individual’s diabetic condition in the context of the worker’s injury to talk about apportionment and contributions. And before that, before this tool that we’re creating was made, you were only able to do that at sort of like a subjective level, and now we’re able to do it with a little more mathematical rigor.

Claire Williams: Mhm. So, where else could we apply Sigma analysis in workers’ comp? Where else might it make advances?

Marten Thompson: Sure, so, if we’re gonna talk about using as statistics as a whole within RateFast, you can use this analysis across almost any bit of data that gets put through a workers’ comp claim, and then you can get sort of like a thumbprint or an ID describing the usual case of somebody who hurts a certain body part, and any more information you can get is of interest to the injured party to, you know, set their expectations for insurance companies, to better predict what claims are gonna look like, and I guess it could just remove a lot of the subjectivity as well that’s involved in this rating system, so there’s less room for error and there’s just a more uniform process overall.

Claire Williams: Mhm. You know, we’ve been throwing around this term of injury mapping, and it seems like this statistical analysis is really the key to creating that kind of map.

Marten Thompson: Right, and so I guess that, you know, produces its own challenges and opportunities. And right now, I’m part of the challenges part.

Claire Williams: [laughs] You and Dr. Artz authored a presentation for the American Physical Society that occurred just last month. Can you talk a little bit about how big of a deal that is, specifically RateFast and the statistical engine you guys are building? I understand that this will be the second straight year that RateFast is presenting on the national level, which sounds like a great venue to share our exciting work.

Marten Thompson: Yeah, definitely. We uh, I think doing this sort of statistical analysis in the context of workers’ comp is a new idea, and so to get put on that national platform, and there’s like really not many bigger than the American Physical Society, to be put on that platform sort of gives us visibility that we wouldn’t otherwise have, because this is like a new tool that we’re bringing to the issue of workers’ comp. And I’d just like to say thank you to both John and Jerry for including me on that paper, I’m sure, I wasn’t able to attend, but I’m sure Dr. Artz knocked it out of the park.

Claire Williams: Great, yeah, I’m sure too, and it would be awesome, I’m hoping to get Dr. Artz on the podcast here in a couple of weeks maybe to talk about how it went, but we’ll see how that goes.

Claire Williams: Yup. Well, those are all of my questions today. Do you have any closing thoughts for our listeners?

Marten Thompson: No, I would just like to thank you for listening to a little bit of math speak.

Claire Williams: My pleasure, it’s so interesting, like I said, to learn how RateFast really works and makes a better product for all the stakeholders in workers’ compensation.

Claire Williams: Thanks so much, Marten, and we’ll hope to have you on maybe next time we’re at the national level.

Narrator: Thank you for joining us for this episode of the California Workers’ Comp Report. You can follow RateFast on Twitter at @ratefast, or visit www.rate-fast.com to learn more.