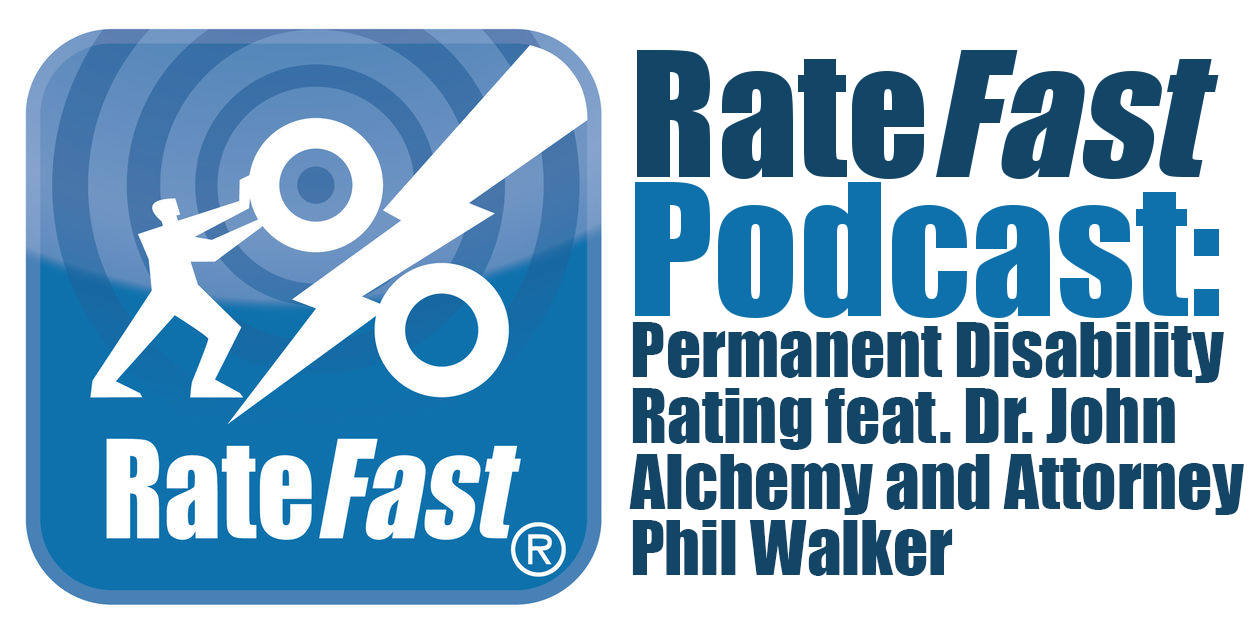 Cory (Host): We would like to day right off the top that the views expressed in this episode aren’t necessarily the views of ratefast or its affiliate companies. Thank you, and enjoy this episode of the California Work Comp Report. Hello, hello and welcome back to the California Work Comp Report. Today is Wednesday, March 11th 2020. Today we have a very special podcast featuring a clip from an interview between RateFast founder Dr. John Alchemy and attorney Phil Walker regarding permanent disability rating.

John Alchemy: I got a couple of questions for follow up number one. Is there any year of the state or the DEU in actually calculating the P.D.? Or is this clearly the job of the adjuster?

John Alchemy: So, Phil, I have a follow up question. It sounds like the calculation of the PD is a very mechanical event. What other elements other than the permanent impairment rating value, might be a play to cause problems or issues between the parties?

Phil Walker: Well, you are correct. Calculating the permanent disability is completely mechanical. The way you do it is you. I, as I say, I go to work comp Central. I click on calculators and there really five pieces of information. I have to give the calculator number one the injured workers date of birth. Number two. The date of injury number three. The injured workers. Occupation number four, the permanent impairment number that the doctor has given in his report. And number five, the average weekly wage. There also is one other number. The percentage of the injury that the doctor says is apportioned to the specific injury. I should say the percentage of impairment that is apportioned to these, industrial injury. I plug all those factors in press the button and out comes the number that says, Here’s the permanent disability percentage. Here are the number of weeks here is the weekly rate at which it is paid, and here is the total. That is how the calculation works.

John Alchemy:It reminds me of a saying that says Whiskey is for Dr.inking. Water is for fighting, and to me, it sounds like the impairment rating is the water here. Is that correct?