\ For Employers \ For Injured Workers \ For Insurance Adjusters \ For Physicians \ Podcasts \ RateFast Podcast: What are The Chances? Probability and RateFast 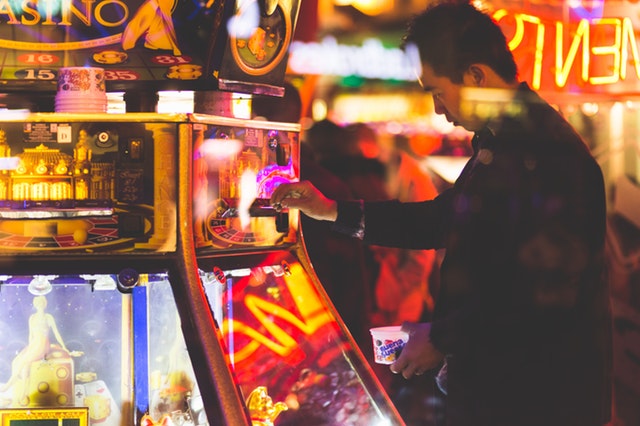 An educated prediction is a critical element in decision-making when face to face with the future. This is because the future is always uncertain.

Whether you’re making bets, conducting a weather forecast, or working in medicine, knowing the probability that something will or will not happen can have a huge impact on which action to take next.

Making observations to measure the probability of an event happening involves collecting data from past events in order to compare them to the expected outcome. This is why we can have a sense of confidence as to when we should bring an umbrella, buy buy buy, or sell sell sell.

Check out our podcast titled Probability in Workers’ Compensation with RateFast intern Marten Thompson, where we discuss probabilities, Sherlock Holmes, and more.

Probability (noun) – the extent to which an event is likely to occur, measured by the ratio of the favorable cases to the whole number of cases possible.

Chance (noun) – probability multiplied by 100, represented by a percentage.

Test (noun) – a measurement of how expectations compare to results.

Claire: I’m doing well, how are you?

Martin: Not bad, did you have a good 4th?

Claire: I did. I’m up here in Canada right now, not many people celebrating, but I had a little party to myself [laughs].

Claire: Yes. How about you? How was it down in States?

Martin: It was good, pretty classic, barbecue, explosives, everyone kept all their fingers so there’s no work or comp claims coming from that, it was good.

Claire: Good. Everything you could want from 4th of July.

Claire: Well, today we’re continuing our tech talk series with a discussion of probability. Let’s go ahead and start with what is probability, and is it the same as chance?

Martin: Probability in a broad context is just the study of how likely an event is to occur, we’re mathematicians right now in this podcast so we’re not going use words as much as we want to use numbers. Formally, the probability that an event will occur is given by dividing the number of desired outcomes, by the total number of outcomes possible. For example, the probability of a fair coin landing heads up is 1/2 or a 0.5, because there are two possible outcomes, heads and tails, so that’s your denominator.

Then one of which we consider a success, heads. so one divided by two. We see that as a result of this definition, the probability of an event occurring is always a number between zero and one. Where zero would be an impossible event where there are no desired outcomes, and one is a certain event where every possible outcome is desirable, then every probability falls between those two values.

Claire: So probability is like applying logic to chance?

Martin: Yes, I’m glad you bring up chance because outside of the rapper from Chicago, it’s also a mathematical term. You may have heard that in the context of talking about probability. Probability and chance are almost exact synonyms, chance is just the probability multiplied by a hundred. If you have a 0.5 chance or probability of getting heads, you have a 50% chance and that’s just to make it more colloquially usable. It’s like what you hear when people talk about likelihood. Claire, where have you heard the term chance thrown around?

Claire: In the weather report.

Martin: Exactly, that’s probably the most common place we’ve all heard it. People often say, “There’s a 60% chance of rain tomorrow”. And you might be wondering, “Wait. You said probability, so chance is taking the number of desired outcomes and dividing it by the total number of outcomes”. I don’t think the weatherman goes around and counts every single possible weather outcome for tomorrow.

Martin: They would be like part of the infinite, like way too many. So answering that question speaks to the difficulty in calculating probability, when you’re not just flipping coins or rolling dice. Which is not what mathematicians do anymore, we’ve pretty much figured that one out, how to flip coins. But weather is a little more complicated. There are tons of ways to do this.

Weather we use a technique called Ensemble Forecasting, where you could have a bunch of models let’s say a hundred, because it’s a nice number, and they all try to predict how much rain is going to fall tomorrow in a certain area. If 60% of them say there’s going to be at least an inch of rain, then you tell your fine listeners that there’s a 60% chance of rain. It’s not so much probability that it will rain, it’s the probability that their model said it would rain, but close.

Claire: That explains so many inaccuracies that I’ve uncounted in weather reports, now I know. It really was being accurate.

Martin: Right. Their models were just wrong but everything you said about the models was correct in terms of probability.

Martin: Quick aside, if I may, we also might hear the term odds. People talk about like the odds of you winning the lottery are one in a billion, that’s like slightly different than probability. If probability was the ratio between desired to total outcome, the odds of an event are the ratio of desired to undesirable outcomes. So the odds of flipping a head are 1:1 because it’s one head to one tail. When you’re in the context of the odds of you winning a lottery being one in a billion, the probability is going to be close to one billionth but they’re actually slightly different. Just a quick aside there, sorry.

Claire: No, it’s really interesting because people tend to use all three interchangeably, they’re related but not identical.

Martin: Right, just a little different and mathematics basically just uses probability. There aren’t papers written about the odds of something happening, really.

Claire: [laughs] Not yet.

Martin: We could change that, I guess.

Claire: Yes. Great. There’s this concept that I was looking at today, correct me if I’m pronouncing it wrong, Chi-Square fit.

Martin: The Greek alphabet to English letters, not like a perfect one to one there. Chi-Squared is a Goodness-of-Fit test, and Rate Fast uses it at times and it’s the bread and butter of comparing your actual data to what you think your data should look like. Which is I hope like a lot of research concerns itself with that question. An important facet of that is the probability that what you saw in your data was just noise or the result of luck kind of, just how the numbers fell out.

If I want to say that this data does not match this underlying distribution and my Chi-Squared, Goodness-of-Fit test, tells me that, it usually tells me that with a certain confidence. If it’s 95% confidence, that’s pretty good but there’s like a 5% chance out there, or a .05 probability that we are wrong, that’s like an inescapable part of hypothesis testing across academia. Chi-squared is just participating in that.

Claire: It’s sort of a reassuring blanket possibility, I have proof of it.

Martin: It’s good to know your answer, then how confident you are in your answer.

Claire: Definitely, yes. Why is all of these relevant? Why should I care?

Martin: Sure yes, why care about probability.

Martin: Like I’ve mentioned, all, or a lot of hypothesis testing in academia relies on it but maybe you’re not in on that. Anytime you want to know something about a future state of a system, probability comes into play. We talked about weather earlier, you probably care about the weather tomorrow, probability underpins the forecast. Any time you talk about money, if I’m investing in a product I want to know the likelihood that it pays off or goes bust in loss. Maybe in a more macabre sense, I have a life insurance policy and there’s probably some sell out there that says, the probability that I’m going to live for the next year. Right?

Martin: That’s grim but it’s out there. Any product you use in its reliability testing of the phone I’m using to talk to you, and the radio towers and the satellites, somebody knows how likely it is that that’s going to last for the next 5, 10 or 15 years or when it’s worth is going to be. All of those rely on the probability of things breaking, or changing, or any other environmental factors like that. So maybe you don’t have to calculate probability, but most things around you there are tons of probabilities associated with them.

Claire: Yes, that makes so much sense but seems like it must be highly profitable to accurately calculate probabilities, right?

Martin: Yes, absolutely. The entire investment industry is based on that, also, in maybe like a more retroactive sense fraud detection, which Rate Fast is starting to bake into some of its products. We can’t talk about the exact details here but you can forelook a given data set of measurements, or investments, or ballot counts for an election, you can expect certain randomness to be present, or at least understand the likelihood of certain patterns.

Claire: [laughs] Well, what I’m thinking of is that television series Sherlock, I feel like this is how Sherlock thinks a lot of the time is by looking around, and noticing patterns and asking the probability that they are part of the normal, how things go are part of crime.

Claire: He’s at the chalkboard in his mind [laughs].

Martin: Yes, he has that luxury.

Claire: Yes. Well, that is just I think — It’s always fascinating to me to discover these new lenses with which you can look at the whole world, really, and time, and probability is no exception to that. So, thanks so much for filling us in today on it and do you have any last words on probability today?

Martin: No, I’m glad you’ve brought up that Sherlock analogy. That’s probably going to be one I carry around in my pocket from now on.

Claire: Very good. I’m always pleased when a metaphor gets passed on for pocket-carrying.

Claire: [laughs] All right. Talk to you next time.

Martin: Yes, have a good one, Claire.

Claire: Thank you for joining us for this episode of the California Workers Comp Report. You can follow RateFast on Twitter @RateFast or visit www.rate-fast.com to learn more.