An underdog tale of a physician armed with a simple tool 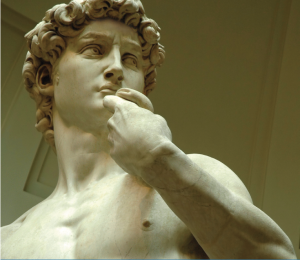 Not so long ago, a certain patient with a work-related injury was sent to a state Qualified Medical Examiner (QME) by the insurance carrier. The QME gave the patient a 0% whole person impairment rating. The QME charged the medical-legal fee schedule, which is approximately twice the primary treating fee schedule.

Then, the patient’s primary treating physician (PTP) performed an impairment rating exam using RateFast.  Guided by the RateFast app, the physician obtained a complete history and measurement set. Four body parts were evaluated: neck, right shoulder, right elbow, and right wrist. After the exam and measurements were analyzed by RateFast, it was determined that the patient had a 17% whole person impairment—compared to the 0% WPI assigned by the QME.

The insurance company was understandably confused. The patient couldn’t have both a 0% and a 17% impairment rating. So which rating was correct? The rating that was calculated by the qualified medical examiner? Or the number produced by the treating physician?

In search of answers, the insurance company showed the RateFast report to the QME and asked for a review. The QME responded that he had not actually performed any of the required exams, or measured the range of motion for the injured body parts. After reviewing the RateFast report, the QME advised that the insurance carrier discard his own 0% rating, and instead adopt the 17% impairment rating from RateFast.

The RateFast report was then shot like a pebble from a sling into the heart of the the California state disability evaluation unit (DEU).

The RateFast report was accepted by the DEU, and the case prepared for settlement.

What can we learn from this story?

A qualified medical examiner’s process is not necessarily any more accurate than reports created by primary treating physicians. The main factor that separates good reports from bad reports—and excellent reports from good reports—is the tool used to document, collect, and analyze data from the patient’s examination.

When the QME and the stakeholders were confronted with overwhelming documentation and actual measurements supporting the findings, there was a little else to do but accept the RateFast report as correct—for the benefit of all. Correct reports that deliver the right value the first time serve all stakeholders—the injured worker, the insurance carrier, and the employer. Incorrect reporting invites frustration, litigation, delay, and skyrocketing costs.

RateFast invites you to get on the right side of impairment rating—while at the same time increasing efficiency and profitability in your medical clinic. You can contact us for a demonstration.