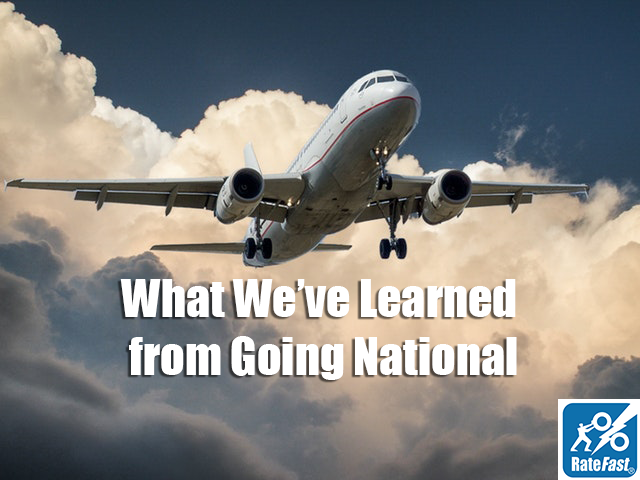 RateFast has dived into the work comp systems of 7 different states nationwide. Each state has a different way of conducting workers’ compensation, from the method of recording when the injury happens, to how the medical provider determines MMI (which is known in many states as PPD or Permanent Partial Disability).

This article is about what we’ve learned from taking a look at the workers’ compensation system in multiple states.

Some states have state-specific rule sets that they have written entirely separate from the AMA Guides. Other states find the guides to be controversial, giving arguments that the data is not objective, some terms are not specific, or outdated… the list goes on. Other reasons for state-specific rule sets can be that the industry of a particular state is different than the industry in much of the rest of the country. States that have a larger oil-mining workforce will have much different impairment rating rules than a state that has a much more robust service industry.

California has three separate report forms that medical providers fill out for the phases of a workers comp claim: the Doctor’s First Report, PR-2, and PR-4.

For the states that also have physician report forms, most have a single form with a check box denoting whether the visit is the first, follow up, or final doctor’s visit in the injury claim. The box that indicates the MMI, or projected MMI on the form is left blank unless it is the final report—which, in California, is the equivalent of the PR-4 report.

In terms of standardized impairment reports, most states actually do not have one single standardized form. It is up to the medical provider to come up with a system to communicate many of the examinations, measurements, diagnostic tests, and other data to the insurance adjusters. The potential for error here is pretty obvious. If the state does not specify a method of conducting an impairment report, then every single impairment report is going to look different, even if it comes from the same provider.

Are other states more organized with their impairment reports?

The answer is a resounding no.

The fact of the matter is that completing impairment ratings is more than many providers have time to handle, so they will take shortcuts, guess, estimate, fudge numbers, and leave out crucial information.

The problem isn’t lazy doctors: the problem is time. The payoff of doing complete and accurate impairment reports is that it simply isn’t feasible for a doctor who is limited to a 20 minute visit with an injured worker. The problem is compounded when the doctor does not have a standardized impairment rating form or process. Due to lack of time and standardization, much information is lost, leading to inaccurate reports, problems with insurance adjusters, and lengthy work comp claims. We’ve seen this all before.

RateFast’s mission from the beginning has been to make workers’ comp simple, by streamlining the process for every stakeholder.

We are constantly developing new ways to help stakeholders with impairment reports so that workers’ comp claims can be handled quickly and efficiently, and patients can safely go back to work. For a look at our newest service, check out RateFast Express: www.ratefastexpress.com. RateFast Express allows providers to quickly receive an impairment rating for a claim by sending existing patient data directly to RateFast without dealing with the hassle of managing another online account or double data-entry.

Workers’ compensation is a complicated issue no matter where you are in the United States. Bills are written and laws are passed constantly to patch up issues in the system. States have complete workers’ compensation law reforms to try and ‘reset the clock’ on issues, which ends up creating more trouble for stakeholders who were still settling in after the previous reform. This is why workers’ comp could use a helping hand from modern technology.

Technological advances are assisting virtually every sector of lifestyle, business, entertainment, and health. It’s time for technology to catch up to work comp to take the workload off of the stakeholders. Contact us at info@rate-fast.com if you would like to learn more about RateFast or RateFast Express.